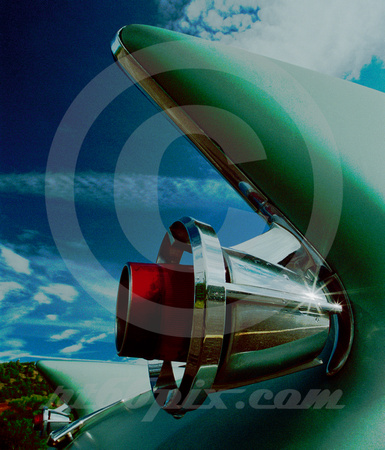 You've never seen one of these before? It's a '61 Imperial--Chrysler's feeble attempt to compete with Cadillac and Lincoln. This year is highly unusual, only 12,258 were made.

The unusual sky comes from film, not Photoshop. Only color and contrast were adjusted after the fact.

Albuquerque's airport and Kirtland Air Force Base are close by. The top sky element is obviously a jet contrail. The camera angle makes the lower one appear to come from the Imperial. The car's designers would have approved.
© www.rt66pix.com
Powered by ZENFOLIO User Agreement
Cancel
Continue